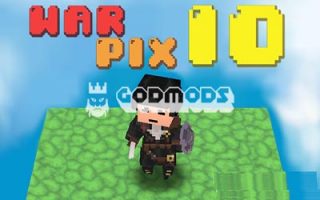 Warpix.io is a fighting game where you have to fight with the other players on the map and eliminate them.

In case you like to play fighting games then it is possible for you to play Warpix.io in your free times. You are going to control a character who has a sword in his hands. However, we would like to note that you can hit enemies who are away from you with your sword. There are also mushrooms in the game which you need to collect. These will help you to level up as well as restore some portion of your health bar. There are also sandy areas on the map which you have to avoid. In case you will stay on them your character will receive damage over time.

You can find io games unblocked servers in our pages. Thus, you can download mods for different io games where you are going to find the list of the mods on the right section of each article. You can also benefit from our io games list in order to explore new io games to play. 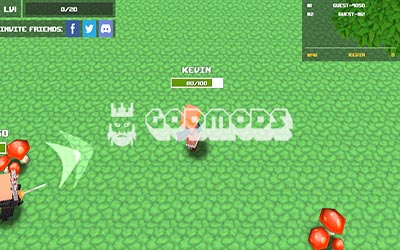 You are going to provide directions to your little man with the help of the WASD keys. It is also possible to perform attacks by pressing the left click or holding your finger on it.

In case you locate an enemy and want to attack him then you need to act quickly. You are going to hit him with your sword and as you can he is going to run away. However, he may restore his health while running away by collecting the mushrooms.

In addition to this, you may want to force other players to move on the sandy area to do more damage. You may also want to collect the mushrooms while chasing other players since any third player may come and attack both of you.

As godmods we provide Warpix.io mods to our visitors. In case you want to play the Warpix.io game with Warpix.io hacks then you can start playing it on Warpix.io unblocked servers.