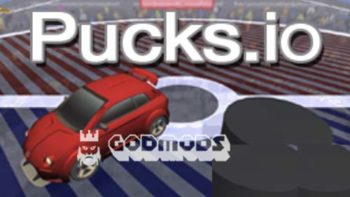 Use strategy and teamwork to pass the puck down the ice and score! Pucks.io is easy to pick up, but the competition is fierce and you will have to improve your skills to compete. Earn experience points to customize your vehicle by scoring or assisting goals, and for winning games. Finally climb the ladder and try to become the worlds best Pucks.io player! 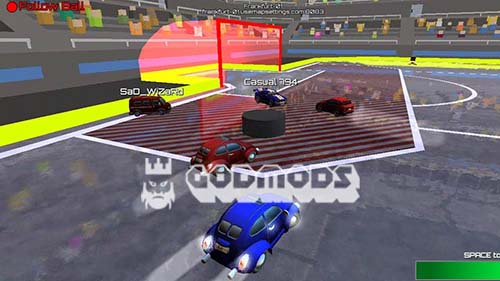 The objective in Pucks.io is similar to Hockey, score as many goals on the opposing team as possible. When your shot is lined up, press the “Space Bar” to perform an extra fast boost. Grab crates to quickly recharge this boost. It will be difficult to score on your own, so make sure to pass to your teammate who is in a better scoring position!

Passing the puck is the most effective way to move it quickly down the ice. Try boosting right before hitting the pucks to perform an extra strong slap shot.

Play Pucks.io with Unblocked Aimbot, Mods and Hacks features. Also You can download All Pucks.io Aimbot, scripts, hacks and all mods on godmods.com