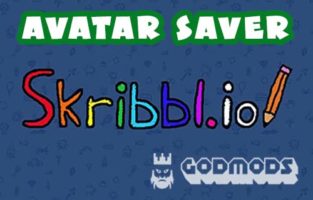 This Skribbl.io Avatar Saver allows you to play Skribbl.io with different abilities you are not able to do in the normal version of the game.

The first thing you have to do is downloading the Skribbl.io Avatar Saver using our website, and then installing it regarding to your browser version, so this way you will be literally hack Skribbl.io and have advantage upon all the other players in the game. We advise you to visit godmods.com from time to time, because new hacks might be released for unblocked Skribbl.io.
Keep in mind that other players might already discovered Skribbl.io Avatar Saver so the key of having a new hacked version of Skribbl.io is visiting godmods.com often or subscribing to our mailing list. 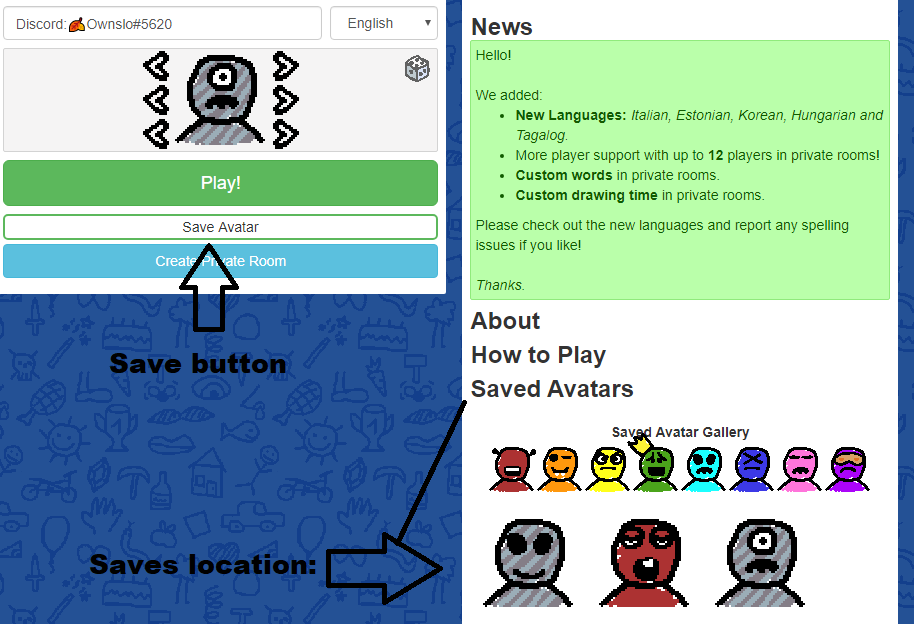 Skribbl.io is one of the interesting io games.

Tired of changing your Skribbl.io avatar to a older style? Wished you could save different styles and re-choose them instantly?

Well with this script here that I’ve created, you can!

I am the original creator of this script. If you would like to modify or submit ideas. You can contact me here:

If anyone has this script claiming it as their own. It’s a lie and I would not appreciate it. It may lead to me not doing updates to the script anymore.

If you want to re-use my script. Just simply give me some credit. Possibly by adding this into the JS.
console.log(“Discord:?Ownslo#5620 is the original creator. This is credits for the owner.”)
Thank you.

Attention: None of the mods and this Skribbl.io Avatar Saver published on our pages belong to our website. Due to the nature of the mods, they are developed by independent developers and published on the internet. As God Mods we compile the most popular mods on a single page for any io game. We do not accept any responsibility for any possible unwanted conditions due to the use or download of these mods. Users should download these at their own risks and we never store any part of these mods in our databases.