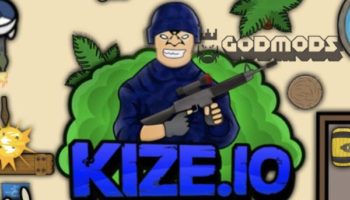 Kize.io is one of the interesting io games. Where you spawn in a lobby and after all the players are ready, you go to the main map. You have to open chests, Loot other players, build a base, farm materials, kill your opponents & avoid the storm!. Will you be able to get the Victory Royale? Do you have whjat it takes to outhink your opponents, outplay them, and become the ultimate Kize? You may think you have what it takes to Kize but you won’t know until the Kize hits the fan. So slam into this hard core crafting, base defense, and battle royale game where only the Kize survive.

(You can always change the Hotkeys in the main pannel, at the bottom left, in the button called “HOTKEYS”

Space – Jump over mostly everything in the map! You can even jump through houses

M – View the map and plan for the zone closing in

From 1 to 6 – Switch guns, you can also switch your guns with the wheel of your mouse

Drop & move your inventory – You only need to click the gun and move it where you want. 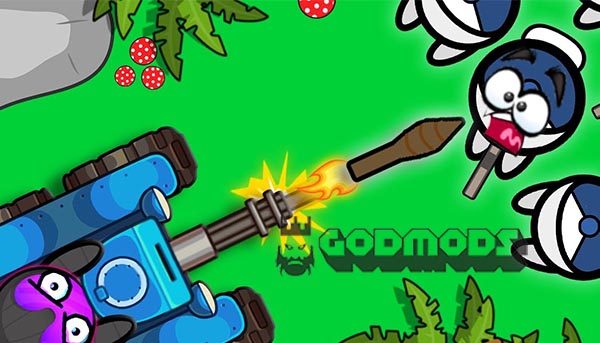 ASSAULT RIFFLE: The standard assault rifle spans the entire height of the rarity ladder, which means it’s difficult to talk about the weapon as a whole. While little separates them in terms of damage and reload time, the true modifier is accuracy.

SMG: The SMG gun shoots faster than any other gun, its also the gun that has more bullets. The reload time is pretty standard and the damage executed by this weapon is low. This weapon is perfect for close range.

SCAR: Is by far the most useful all round weapon, the gold legendary SCAR, the TANK and the RPG are the best guns in Kize.io. Its accuracy, damage, and fire rate mean that one-on-one you’ll have a massive advantage in almost any situation. Which is great if you can get one – its legendary status however means they’re rare, so basing a winning strategy on getting one of these isn’t always an option.

SHOTGUN: Is the best gun for close range, it shoots multiple bullets per shoot and you can shoot twice before you need to reload.

RPG: One of the best items in the game, you can only shoot one rocket every few seconds but if you hit your opponent with it, you will prob win the fight!

Grenades: There are 2 type of grenades:

– Impulse grenades: If you get hit by one of this grenades you will get boosted outside of the other players range

– Explosion grenade: Be carefull with this ones because if you get hit by one you will most likely lose!

Tanks: Is one of the best items in the game, you get them thought the Port a tank grenade, is a legendary item and is really rare

The first thing that you need to do is be fast and loot! In order to loot you will need to open the chest around the map. Make sure to use the Potions & Mini-potions to complete your shield if you get them.

The second thing that you need to do is farming materials. Later in the game you will need to build walls to protect yourself from the enemys and in order to do that you will need alot of materials.

The third and last thing is hunting & killing the other players! Only one player can win so you need to kill and survive in order to win.

Make sure to share Kize.io with your friends! Enjoy playing Kize.io!