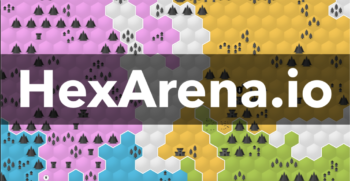 HexArena.io is a multiplayer strategy game about area control.

Have you ever wanted to start small, grind your way up and build an empire before maybe taking over the world? Hexarena.io allows you to use strategy and tactics to build yourself an entire empire inside a hex shaped arena. It is you vs another real live player, you will be tasked with taking over land as well as defending what territory you already have, Heavy is the head that wears the crown and if you choose to take on the game you will see it is fun but extremely challenging. But, it wouldn’t be a game worth playing if it was easy would it?  Our Developers are active players, and consistently upgrading the game.

You will find a dedicated, friendly community here at HexArena.io where you are always playing live against real people – no bots! The chat feature adds a great sense of belonging – allowing you to talk before and after the game, or while spectating a match. The best part about spectating is that you can do it while in a queue for a game! Looking for more chances to chat or have questions? Join our Subreddit or Discord. 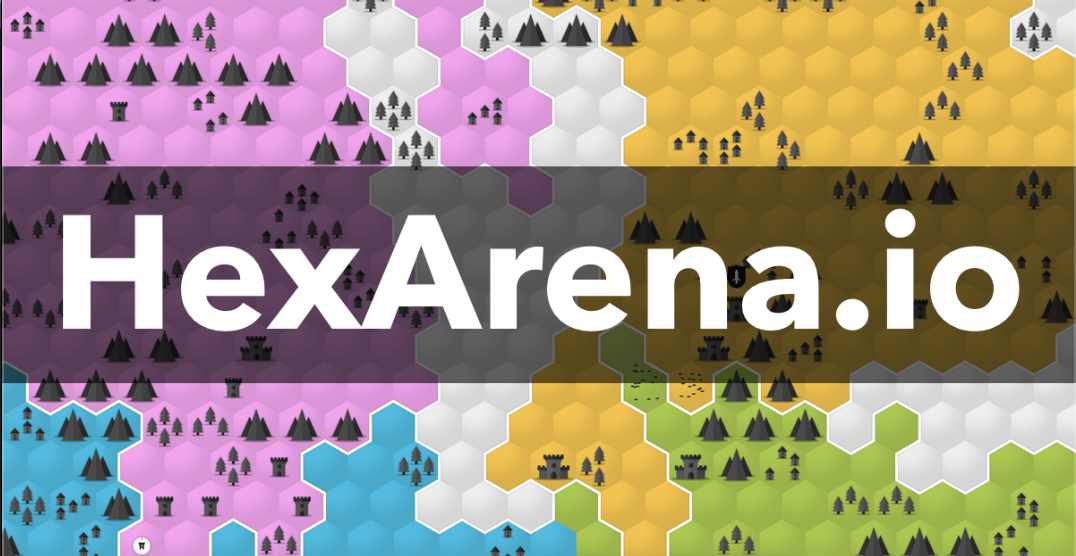 The goal is to capture the Opponent’s Capital or have the most tiles by the end of the timer. You must Claim tiles by buying them or Capture tiles with the Armies you send from your structures. By spreading out on the map and claiming Villages, you will receive a timed income. With that income, you can train Armies, build structures, build Houses, or upgrade structures.

1v1: Play against another Opponent. Balanced by ELO or Random Duels

2v2: Play with an Ally against two other Opponents. Balanced by ELO 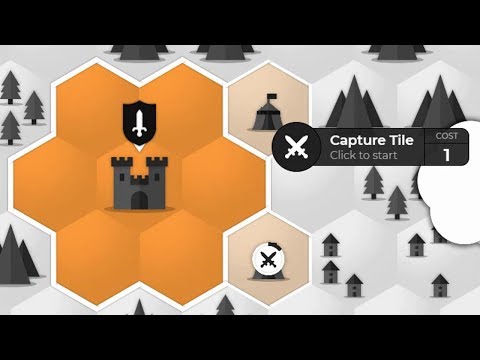 Actions are done by spending Gold. Gold is collected through Villages over time, shown in the bottom left. Claim neutral tiles by paying 1 Gold, or send Armies to capture them. You can only capture Opponents tiles using Armies. Any disconnected tiles from your Capital are lost. Surrounding Opponent’s or neutral tiles captures all inner tiles. Work your way to the Opponent’s Capital to win or defend the most tiles until the timer runs out.

1. Capturing and Claiming tiles is essential. Spread out to capture Villages and gain positioning to defend and attack.

3. Conquer the map! Villages and chances to flank your opponent are hidden in the fog.

4. Be careful about how much money you spend! A higher income does not guarantee a win if the money is wasted.

5. Send your Armies with purpose. A well-timed deployment can be a huge advantage.

6. Capturing the Capital is one way to win – but defending the most tiles until the timer runs out secures a win. 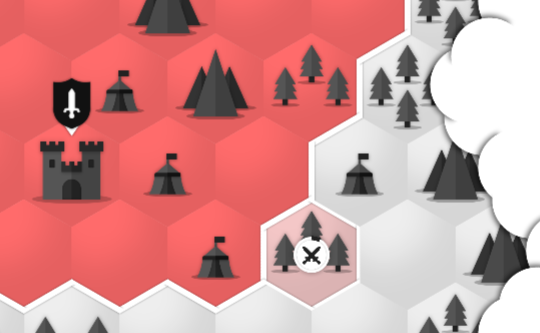 A 2D shape with six straight sides and angles.The tiles on the map

Protect your own, destroy the OpponentsStarts with an ArmyTrains Armies

Gain income per House, automatically builds houses over timeClaims adjacent tiles when destroyedOpponent’s and neutral Villages are destroyed by armies and ransack moneyArmies can pass through your own VillagesCan build an extra House in Village for 4 Gold

Costs 4 GoldTrained in CastlesCapital and Castles start with one ArmyTravel 5 tiles in any direction capturing tilesStop at Mountains, Forests, Towers, Castles, CapitalsDestroy Opponent and neutral VillagesCollide with Opponent ArmiesCan be sent to and stored at your Camps, Towers, Castle, or CapitalStored armies protect from an attack by Opponent Armies and are lost afterSending an Army into one of your own stored armies forces it in the same direction