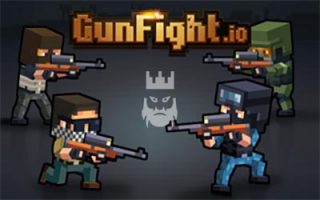 Gunfight.io is a fun shooting game where you are going to compete in teams and try to eliminate the enemy team.

If you are looking for fun shooting games to play then you can play Gunfight.io in your free times. The game has pixel graphics where you fight in teams. Both of the teams will be located just the opposite directions and players have to take cover in order to avoid enemy fire. You need to aim and shoot the enemies from their head in order to kill them. But it is not possible to kill with a single shot.

We also share io games unblocked servers on our page. You can find these mods in the right section of each article and download them. If you want to explore new io games then you can check out the io games list we have shared on our website. You can also check out our categories in order to find the io games which start with the same letters of the categories. 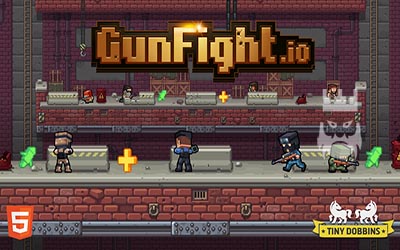 You need to move with the arrow keys and players can dock with the down key. In addition to this, you have to open the zoom with the right click of the mouse. Players can shoot with the left click of their mouse.

When you zoom in order to shoot your opponents, your character will stand up. This means that you will be an open target for your enemies. This is why try to keep this aiming short in order to not be eliminated.

You can see the head of your opponents but it is not possible to hit them in case they dock. There will be also some power-ups which will fill your health. It will be a good idea to collect them in case you are hit by your opponents, thus you can survive more and kill more opponents.

the developer of this game is gay