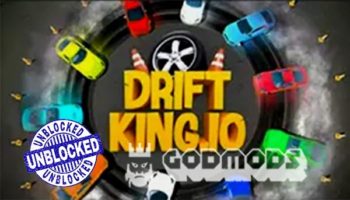 Driftking.io is a 3D smash ’em up racing game.

Have you ever wanted to put yourself in the pilot seat of a hot shot demolition driver who wows the crowd by slamming his opponents into the mud? Well, now you can! Driftking.io is a fun and easy to learn 3-D racing game where  you get to smash up other players from around the world. As an browser-based MMO style game, Driftking.io lets you slowly build up points and cash to upgrade your car and make it the ultimate mechanized doom machine.

Access to all Driftking.io hacks and unblocked Driftking.io mods on godmods.com. Free to Play Driftking.io on godmods!. We advise you to visit godmods.com from time to time, because new hacks and mods or aimbots might be released for unblocked Driftking.io. The world is an arena and all of us are but demolition drivers, spinning our wheels and smacking into our enemies. Smash, save, grind, and grow your driver and car into a true beast of an automobile as you climb up the leader board, decimate the compition and bask in the glory of the applause. This is drifting, this is smashing: Are you not entertained? 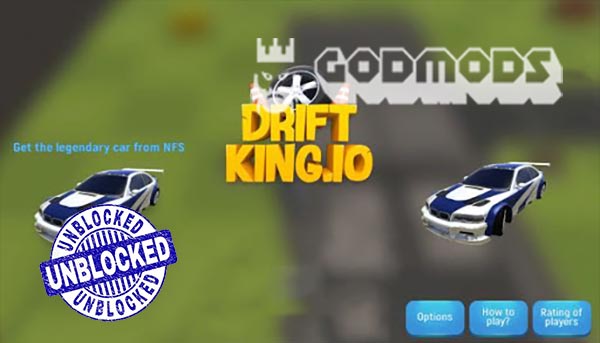 You get a race car, you have a goal:Become the coolest racer. Score as many drift points to get into the top 1. Compete, because other drivers are your enemies. They can crash into you, thereby destroying you! There is a scale of the condition of your car and tires, if you crash – the condition of the car will deteriorate if you drift non-stop – will increase tire wear and eventually they will burst. On the map there are bonuses (new tires and armor) thanks to which you can quickly and safely escape to the first place, as well as easily kill your competitor.