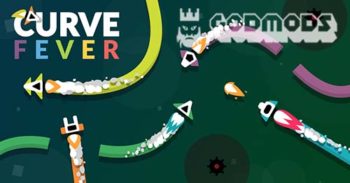 Curvefever.pro is one of the interesting io games.

Curve Fever Pro is a multiplayer game where you compete against 5 other players, trying to survive the longest and steal points from them. Equip your ship with a variety of 27 different powers and attack others for points while simultaneously dodging newly laid trails, traps, and attacks. You can also challenge your friends in exciting custom games just by sharing a link with them. 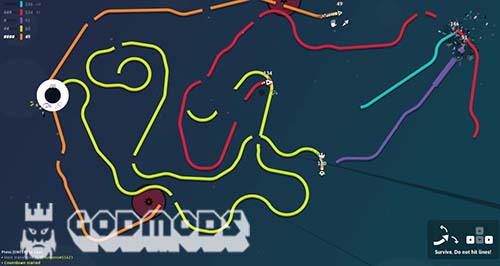 How to Play Curve Fever Pro

Select “Quick Play” to play against other online players or “Custom Rooms” where you can create a private room and invite your friends to play. Equip your ship with 2 powers (one for the “up”/”w” and one for the “down”/”s” buttons). Steer your ship with the “left” and “right” arrows or the “A” and “D” keys. Once you are ready, you will be matchmade with other players close to your skill level and the battle will begin. To reach the number of points necessary to win the game you have to survive each round longer than your opponents as well as steal their points by using your abilities. Don’t forget to also protect yourself from attacks and traps that will steal your hard earned points!

Survive the longest by avoiding the trails left behind by ships. Use your abilities to steal points from your opponents and win the game by reaching the point goal first. To steal points you can shoot others or lay traps and bombs in their path, depending on the powers you choose to equip on your ship.

Play Curvefever.pro with Unblocked Aimbot, Mods and Hacks features. Also You can download All Curvefever.pro Aimbot, scripts, hacks and all mods on godmods.com