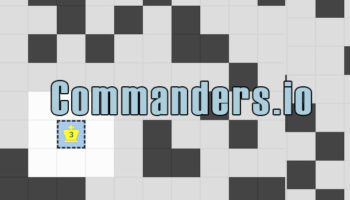 Commanders.io is 100% free to play and no account registration is required! Just select a game mode to jump straight into a game! 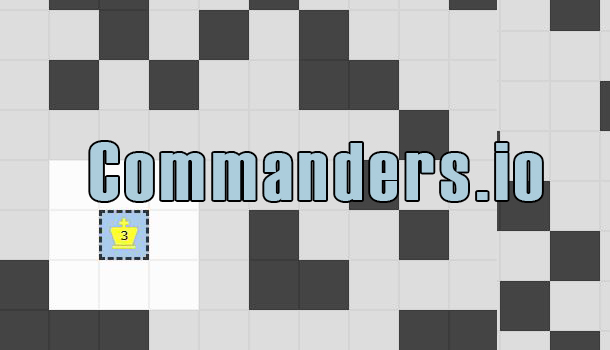 To win a game, capture enemy commanders before your own commander is captured. Achieve this by expanding your territory to grow your army and attack your enemy to conquer their land. Try to find their commander but don’t forget to protect your own!Juke and sneak around enemy forces or head straight to their commander for the kill.

The game is turn-based with each turn lasting a second. This makes it exciting and fast-paced but at the same times gives you enough time to react and work out a strategy.

Commanders.io works great whether you’re a beginner trying out your first battle royale for fun or a competitive player fighting your way up the rankings! The game’s developers are actively adding features to the game! Join our discord community to say hello and see what’s coming next! 🙂

Place dynamite: 2Clear all moves: QClear last move: ESplit army in half: ShiftSee controls from anywhere on the site: ?

Single player: Play against a bot. This is a great way to get used to the game and refine your skills

1v1: Play against another player

Battle royale: Play against 5 other players

You can also make private games by using commanders.io/1v1/yourowntext and br/yourowntext.Its also possible to play the game unranked without fog on /1v1nf and /brnf

There’s a turn counter in the top right corner. Each turn, you can make two moves and gain one unit on your commander. Your castles will gain one unit every other turn and grant extra vision. Dynamite removes adjacent mountains.

When you move your army over a new tile, you capture that tile. You can also capture enemy tiles if your attacking army is larger than their defending army. Every 25 turns you will gain 1 unit on every land tile that you own.

1. Expanding your land is crucial. If you have more land than your opponent, you’ll be gaining army faster. Use 2-unit tiles on the edge of your territory to move one tile into new land to expand your territory quickly

2. Time your attacks well! You get an extra unit every round (25 turns) so try to attack and capture enemy land near the end of each round. In the early stages of each round, focus on gathering up your units into a sizeable force.

3. Expand into unknown territory so that you have visibility on all flanks around your commander. Make sure your opponent can’t sneak attack you!

4. Don’t build castles unless you’re sure your opponent can’t reach them and destroy them!

1. Try to let other players fight each other while you grow your land and army. Expand your land towards the corners and edges so that you’re less likely to be found earlier

2. Only attack the nearest opponent. Don’t try to pick fights with multiple players!

3. Experiment with 0-castle, 1-castle and 2-castle openings in the first 25 turns! In general, it’s better to build more castles if other players are further away from you