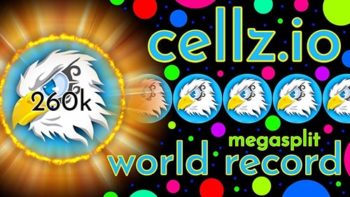 Cellz.io is one of the interesting io games. Access to all Cellz.io hacks and unblocked Cellz.io mods on godmods.com. Free to Play Cellz.io on godmods!. We advise you to visit godmods.com from time to time, because new hacks and mods or aimbots might be released for unblocked Cellz.io.
in which you are competing against loads of other online players in a game that will test your skill and tactical know-how. You will start with a small cell, you must quickly absorb the smaller randomly generated cells that are positioned around the map to grow in size.

You can absorb anything smaller in size than yourself including other players! But this means you can be absorbed too! You can split into multiple smaller cells to cover more map area as an added ability. Hunt down the other players and become the largest cell around. Have fun!

Cellz.io is a game in where you have to eat other players smaller than you and you will have to flee from the bigger ones! You will grow by eating other players and food that you will find on the ground. 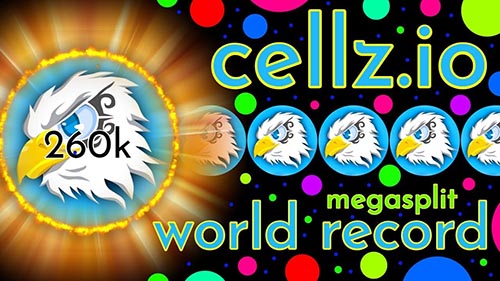 You can play alone or with friends in each of the different game modes.

Will you be able to reach the top 1?

To move around the map use your mouse, split using space, feed with the W, double split with the Q and split in max pieces with the T.You can always change all this controls in the “Controls pannel”. You can find it at the right of the main pannel.

-FFA: In FFA you can’t team with any one or you will activate the anti-team system.

-Big FFA: It differs from FFA in two things: in big FFA you can team with your friends and everything is bigger! You will easily notice it when you join this gamemode.

-MegaSplit: In this servers you can split in 64 pieces, you also can feed faster and you have the ability of doing solo tricks! in this gamemode you can team with your friends!

-Instant: This gamemode is already known by everyone, here you can merge way faster than the other gamemodes, you can team but most of the players play solo.

– Dual mode: Press TAB to spawn your other cell, this way you will be able to team up with yourself using two cells.