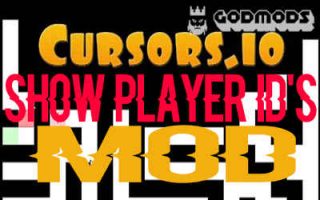 Cursors.io mod  show players ids, By showing ids you could easily know who was helping you and return the favor.
Or you just may want to play with friends, this can help find each other easily. 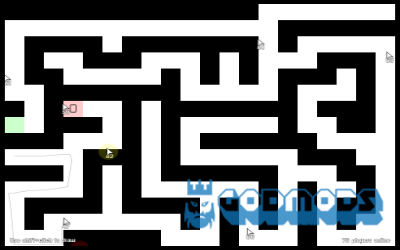 How to run
Install this script using greasemonkey or tampermonkey; or run in browser console (ctrl+shift+j or ctrl+shift+k or F12 to open console).
To show and hide ids, press F8 on the keyboard.

=IMPORTANT=
It’s best to block client_out.js script and only run this modified version.
In adblock custom filters add a line “cursors.io/client_out.js” without the quote marks (“”)

Attention: None of the mods and this Cursors.io Mod Show Player Ids published on our pages belong to our website. Due to the nature of the mods, they are developed by independent developers and published on the internet. As God Mods we compile the most popular mods on a single page for any io game. We do not accept any responsibility for any possible unwanted conditions due to the use or download of these mods. Users should download these at their own risks and we never store any part of these mods in our databases.