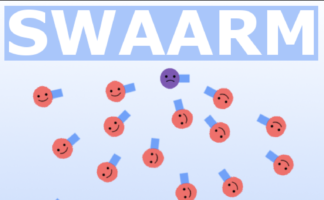 Swaarm.io is an online multiplayer game set in a 2-d world where you battle it out against various other players competing to get the biggest swarm of tanks, based on the ever popular game Agar.io.

You start with a small swarm of 2-3 tanks and your aim is to grow your swarm as big as possible. This can be done in 2 ways either by safely avoiding others and slowly farming by killing bots or by taking risk and hunting opponents to quickly make it to the top and dominate.

Defeat your enemies to grow in numbers and power. Choose from a variety of unique Skins to Customize your tank.All the tanks of any swarm you defeat will be assimilated into your own. The bigger the swarm the bigger the prize.Use your cunningness and strategy to take down opponents. 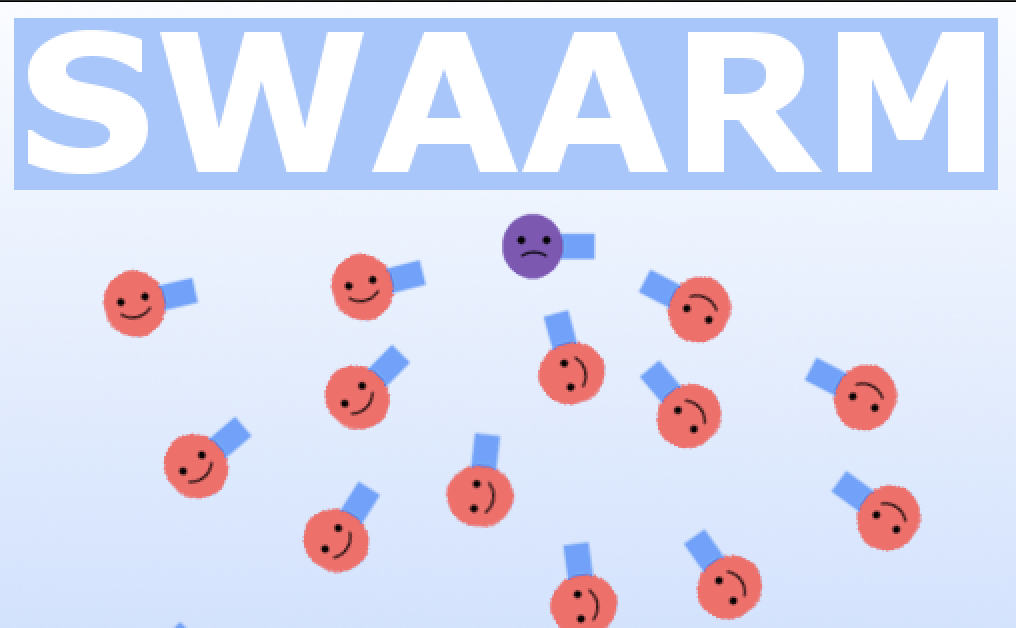 Be weary of the deadly attack bots prowling the map, they are a good source for growing your swarm but often steal kills, relentlessly hunt down anything in their path and are very dangerous when low on health.Attack bots tend to group together thus furthering their destructive capabilities.

The only way to regenerate health is killing others, this makes the game very challenging,leaves even the biggest swarms vulnerable,puts major targets on leaders and makes the leader boards very feisty and constantly changing. It will be incredibly difficult to maintain dominance. Making it to the top position is one thing but keeping it is a whole other obstacle.The leader board is ranked based on the number of tanks in a swarm. Compete to make it to the top by growing a swarm bigger than everyone else’s. Will you come out on top?The color of your tank and enemies change depending on your health. The closer to red a tank is the closer to death it is.Bigger swarms are quicker and more threatening but are easy to hit and have big rewards.

To shoot simply click the left mouse button or hit space bar. Hold down space bar or the left mouse button to shoot repeatedly.Use AWSD OR the arrow keys to move in the corresponding direction.Click enter to open the chat bar and communicate with other players while having your epic Swaarm.io adventure.Move your cursor to aim your swarm of tanks.A = LeftW = UpS = DownD = RightEnter = Chat/Submit MessageSpace Bar/Left Click = Shoot

Various features to improve strategical play such as custom swarm formations or various tank types are planned.Many new bots and potential bosses are under development and will be added soon.A multitude of ways to personalize your tank’s appearance will be a part of the future of Swaarm.ioNew modes and an account system may be in the future of Swaarm.ioAn in game shop using tanks as currency that will allow players to buy abilities and upgrades to further their annihilation of one another will hopefully be added.