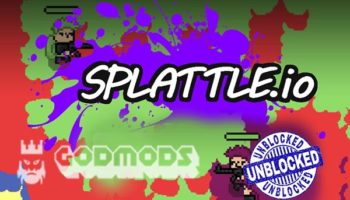 Splattle.io is a multiplayer arena style fighting game where you paint the ground to control as much area as you can!

Access to all Splattle.io hacks and unblocked Splattle.io mods on godmods.com. Free to Play Splattle.io on godmods!. We advise you to visit godmods.com from time to time, because new hacks and mods or aimbots might be released for unblocked Splattle.io. Battle against other players trying to paint the ground their color. Killing other players will make them explode causing a large area to be covered in your color. Killing other players is a good way to cover a large area in your color fast. Keeping some distance between the person you are shooting is a good idea as it lets you keep painting the ground while also hitting the other player. If you stand too close your bullets won’t paint very much ground on the way to the other player, which can make you paint less ground during the fight.

Be careful, if you take too much damage it’s game over! To heal yourself from battle simply paint the ground around you to recover health. You must paint over other players colors or new ground in order to heal. Painting over ground that is already your color will not gain you any health. A good strategy is to keep moving to new areas so that you have lots of ground to paint around you at all times. If you camp in one location you might get caught in a fight where you do not have any ground around you to paint if you get low on health so paint carefully!

Can you cover all the ground in your color? 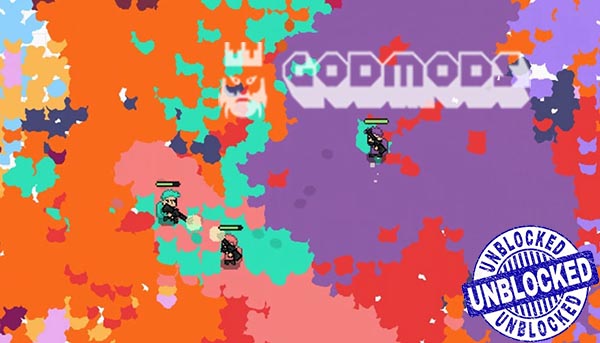 Painting new ground or over other colors will heal you.If your health gets low when you are fighting, it might be useful to aim off the other player and gain some health before it’s too late.Keep an eye on your score, if it’s going down someone is painting over your color!Move around as much as you can, gaining more ground means getting a higher score!Painting other players colors could make them attack you, make sure you are ready for a fight.Take advantage of other players fighting by sneaking up on them when their health is low.Experienced players often have more ground painted then most players. Their fighting skills will be better so be careful when approaching them.The game results screen will show the total number of tiles you painted that round as well as your final score and kill count.Securing a corner of the map is a great way to keep your score number up and keep your name on the leaderboard.Killing other players will cause them to explode in your color. This is a good way to cover a large area fast.The explosion from killing other players will also heal you. Keep an eye on your health, if you win, you will see a big boost of health added.

W A S D is used to move around.

Left click in the direction you want to shoot.

While moving you can touch again to shoot in that direction