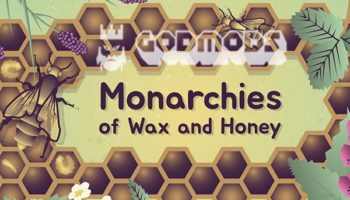 Monarchies.io is a top-down real-time, free-for-all game in which the player controls a queen honey bee.

Build a hive, lay eggs, and set tasks for your worker bees. Workers can forage flowers for nectar and pollen, nurse your brood to birth new workers, groom mites off of each other, build new cells onto your hive, and defend against wasps and other Monarchies.io players.

Press and hold where you want to go, and the queen bee will head there. You could also use the arrow keys to move your queen around.- Place a hive with the New Hive button (Hotkey: 2).- Press a nearby hive cell to select it. Place eggs in it with the Lay Egg button (Hotkey: 3).- Foragers collect pollen and nectar from flowers and bring it back to the hive.- Nurses gather collected pollen bee bread and feed it to your larva, beginning their transition into full-grown workers.- Builders eat honey and build new cells into the hive.- Press Attack to toggle alarm pheromones (Hotkey: 4). Your workers will begin attacking nearby rival bees, mites, and wasps.- Varroa mites are parasitic insects which will hitch a ride on your workers to your brood where they will kill them and reproduce.- Nurse bees will groom mites off other workers. You could also use Attack to have your workers kill nearby mites.- Create an account in the main menu by clicking ‘Login’ and entering a new email and password.- If logged in with a player account, clicking Eat Honey will add it to your account. Honey can be used to purchase new playable bee species and skins. Play as a bumble bee, cat bee, violet bees, or blue bees. 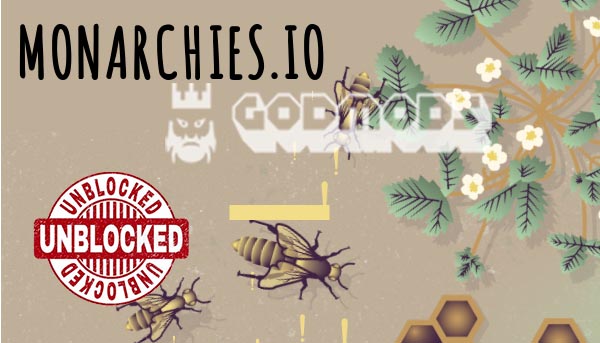 Start the game in solo mode and play against the AI-controlled bumble bees. Your rival queen bee will have all the same abilities you do, so watching the way they play and imitating them is a good way to learn how to play.- Pupae that hatch into worker bees belong to the nearest queen at the time of their birth, so make sure to push out any invading queens, and be there when your rivals are about to hatch their workers.- Pollen brought to your hive is collected and turned into bee bread. Bee bread is brought to larva to turn them into pupae and starting their transformation into full-grown adult workers.- Place your new hives on top of flowers to maximize the amount of pollen your workers collect.- Before starting an attack with alarm pheromone, gather your workers into a bunch by first enabling ‘Swarm’ mode.- Enable attack mode when wasps are around. Your workers will not do any damage unless you have toggled them to attack.- Don’t allow mites to invade your hive. They will kill your brood and reproduce. Push them away and toggle attack to quickly dispatch them.- In multiplayer mode, get onto the leaderboard by keeping a large number of workers alive at once.

Play Monarchies.io with Unblocked Aimbot, Mods and Hacks features. Also You can download All Monarchies.io Aimbot, scripts, hacks and all mods on godmods.com