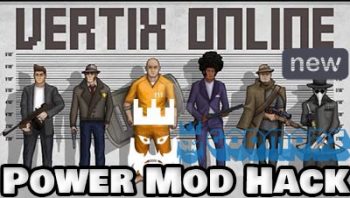 NEW: TRACERS – Lines pointing to your enemy and team.
NEW: WARNING – Warns you when an enemy is near.
NEW: SILENT AIMBOT! – You don’t even need to look to kill!
NEW: FAST SHOOTING – Speeds up your shots.
NEW: AUTO-JOIN – Instantly join a new match
NEW: AUTO-LIKE – Likes the top player [BETA]
NEW: AIMBOT WHITELIST – Ignores certain players with aimbot
NEW: AIMBOT BLACKLIST – Attacks certain players with aimbot first.
FIXED: BUNNY HOP – Used to be only client sided, fixed that.
Press ‘c’ to toggle silent aimbot, hold `alt` for the good old aimbot.
Press ‘b’ to toggle bunny hop.
Press ‘j’ to toggle jump shot. (jump to shoot while this is on)
Press ‘l’ to toggle the warning.
Press ‘m’ to toggle auto-like the top player.
Press ‘v’ to toggle auto-join.
Press ‘t’ to toggle tracers.
Press ‘z’ to turn EVERYTHING on.
Press ‘x’ to turn EVERYTHING off.
Press ‘`’ to reset zoom.
Use ‘+’ and ‘-‘ to zoom in and out.
Ad removal!
Give rating, and feedback if you like or love it!

Attention: None of the mods and this Vertix.io Power Mod Hack published on our pages belong to our website. Due to the nature of the mods, they are developed by independent developers and published on the internet. As God Mods we compile the most popular mods on a single page for any io game. We do not accept any responsibility for any possible unwanted conditions due to the use or download of these mods. Users should download these at their own risks and we never store any part of these mods in our databases.