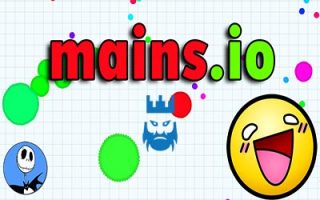 Mains.io is another skill game which is very similar to agar.io and your goal is to collect the highest score.

Those who like games like agar.io can play Mains.io in their free times. The concept of the game is very similar to agar.io. You are going to control a ball and try to increase your mass by collecting the balls on the map or eliminating other players. In addition to this, you can also split up in order to move faster and catch your opponents. This is one of the addictive games that you can play as io games.

In case you want to explore new io games then you can check out our io games list. You can also click on our categories in order to learn new io games starting with that number or letter. In addition to this, you can find io games unblocked servers on our pages. These will allow you to download mods for that io games. 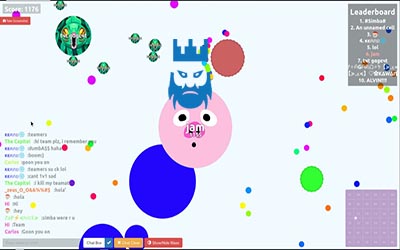 You need to provide directions to your ball with the help of your mouse. It is also possible to split up by pressing the spacebar key on your keyboard.

You will start with a small ball in this game and try to increase your mass by collecting the balls on the map. You can also swallow the opponents smaller than you by going through them. This is the best way to increase your score.

Keep in mind that you will lose your speed as you grow bigger. This is why it will be better for you to split up after certain mass and move faster on the map. In this way, you can catch your opponents, eliminate them and increase your mass faster.

As godmods we provide Mains.io hacks to our visitors. Thus, we share Mains.io unblocked servers for Mains.io game in the right section where you can download Mains.io mods.